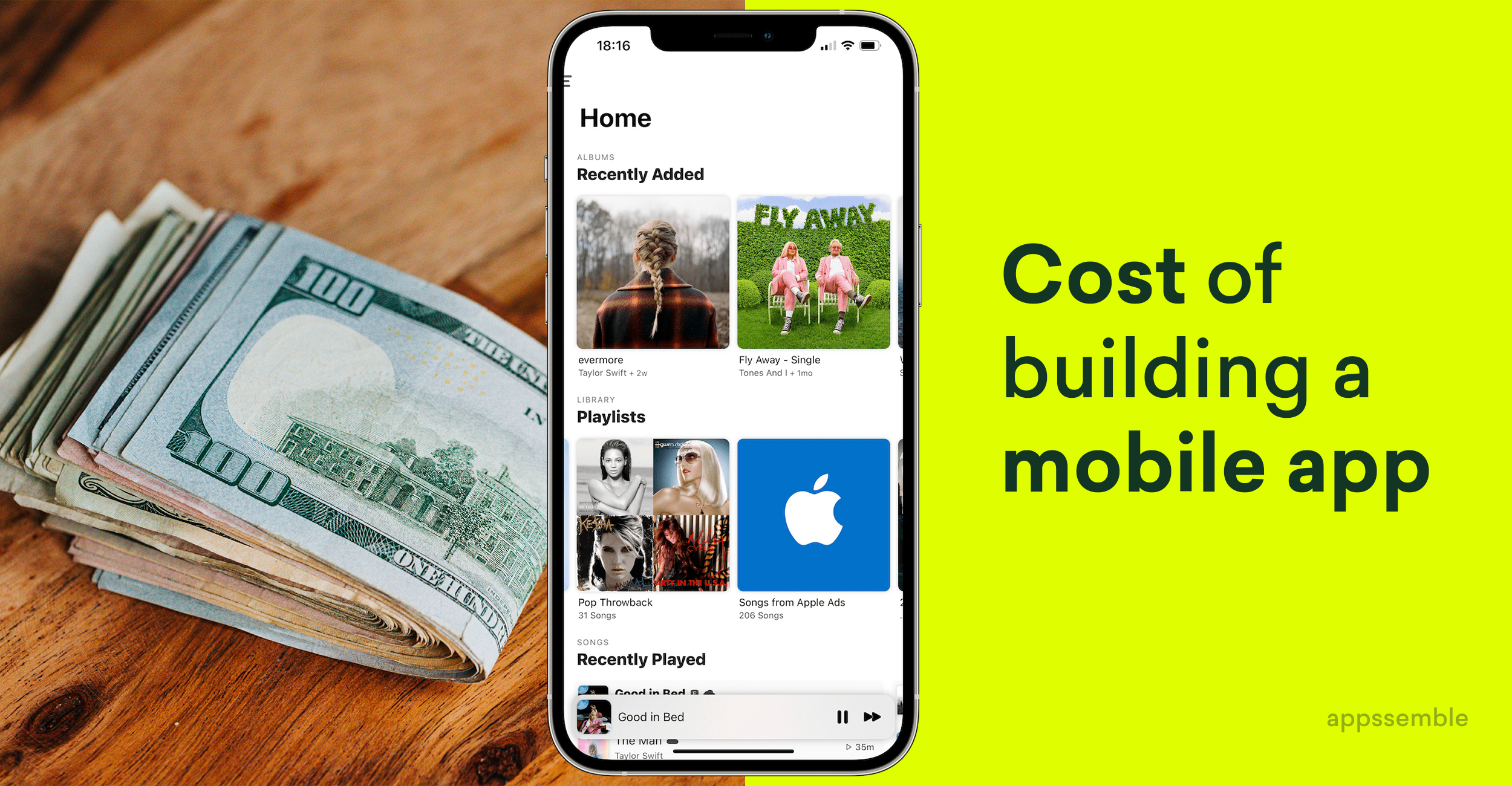 When a founder thinks about building an app, his next immediate tough is how much does it cost?

The harsh reality is that mobile applications are not cheap, they start from a couple thousand $ and as with almost everything, the sky is the limit. In this article, we'll walk you through the list of costs involved when building an app and help you form a rough idea of the capital you'll need for building an app.

Before digging into costs, let's firstly talk a bit about why would you build a mobile app? If you're a founder then probably you want to build an app to build a business around it, or the app is a piece of the puzzle. While indeed the costs of developing an app are high, the rewards, if the app is done properly are worth the time.

Since you're here, we are going to assume that you want the app to be developed by an agency and we won't talk about the cost of renting a space for your developers, utility costs, salary, etc., we are going to focus only on the app costs. Let's start

The first step in building a mobile MVP is deciding what to include in the first iteration and most importantly whom you're addressing with the app. This is a crucial step and under no circumstances do you want to skip this unless you have time and money for some gambling. If you already have a validated idea, if you've talked with customers, gather feedback, and adjusted the feature set accordingly, you might skip this step. Otherwise, you're going to need between $5.000 and $10.000 for this if you're using the help of a specialized agency and the whole process will take around 1 month.

The user experience is one of the most important aspects of developing a mobile app. After all, you're building an app to solve a real problem, and nobody likes clunky solutions. The user experience is not something you get right from the first time, that's why you need to validate your design and user flows with people from your target audience, gather their feedback, and adjust properly. To get this right, you'll need 1 - 1,5 months and between $10.000 - $15.000 for an MVP.

Most founders want to get to the development phase as early as possible, but this is only a small part of the whole process of building a great mobile app.

Abraham Lincoln said, "Give me six hours to chop down a tree and I will spend the first four sharpening the axe.", this is also true for mobile apps where good planning, a validated product strategy, and tested designs will get you there much faster and cheaper than developing and adjusting afterward.

As a rule of thumb, if the whole process takes more than 6 months for getting your MVP to the market, you've probably been introduced to many features and you're taking on a higher risk.

The running costs are also affected by the technologies used for building the apps, some services can be used freely until you hit several daily users. In addition to this, if the app uses third-party services such as Google Location for instance you'll also need to pay for those.

The average running costs of an MVP are between $50 - $250 monthly, however, depending on the number of users and the functionality of the app, those numbers can go high up when you have more users on the platform. In short, the amount you'll pay each month will be directly proportional to the user base your app has, based on the selection of services and technologies, it might even be possible to pay nothing until you acquire a fair amount of users.

Your app is out but is one of the few millions available in the app stores, so you'll need to promote it to get it in front of your audience.

There are a lot of ways of promoting an app, App Store advertising, social media advertising, online ads, influencers, etc. DoorDash had around 2900 ads running at a certain point, other apps like Uber or Tinder spend hundreds of millions of dollars so the budget that can be spent here could be unlimited.

With MVPs, you're trying to find the product-market fit, and for doing that, you need to gather enough users to gain insightful feedback and to adjust the product accordingly. You should plan for at least $10.000 / month for the initial marketing campaigns.

You've launched the app, congrats! You've marketed it well and users start to use it, but your work just begins. Once the app is out and a large audience is using it, new insightful feedback from the users and details from app analytics comes along and you might need to adjust your product to better fit the needs of the users, or you might need to implement a new feature heavily requested by the users.

Fail to do that and you'll slow down the growth of your startup or you'll join the 9 startups from 10 that fail. As a founder, your job should be on learning from the users and adjusting your product until you find product-market fit and stable revenue sources.

Depending on the type of assistance needed, help with the analytics, building the roadmap for the future release, or developing new features the cost of maintaining a product can vary between $2.000 to $20.000.

So for a launched MVP, with all the costs involved for the first month of operation, you would need to pay between $62.050 - $210.250 for a single app on one platform. If a second app (for another platform iOS/Android) needs to be developed, around 75% of the costs for development involved for developing the first one is a good approximation of the costs, so for an MVP for both platforms (iOS and Android), you're looking at a price range between $92.000 - $322.000.

If you're looking for a team of mobile experts that would help you take your idea and transform it into a user-validated mobile app, get in touch, we would love to help! 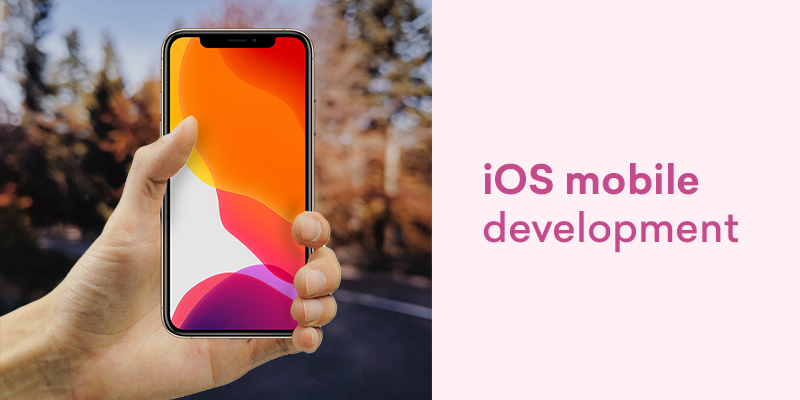 The ultimate guide to developing an iOS app in 2021

We explore the new technologies from Apple and give an overview of what's possible and how can an iOS app be built. 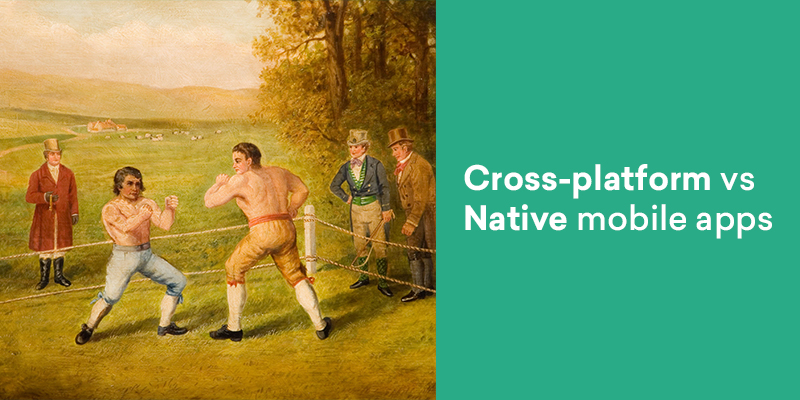 Why you should do native development instead of cross-platform

Find out more about the differences between cross-platform technologies (ReactNative, Flutter, and Xamarin) and native development, and why you should choose the latter. 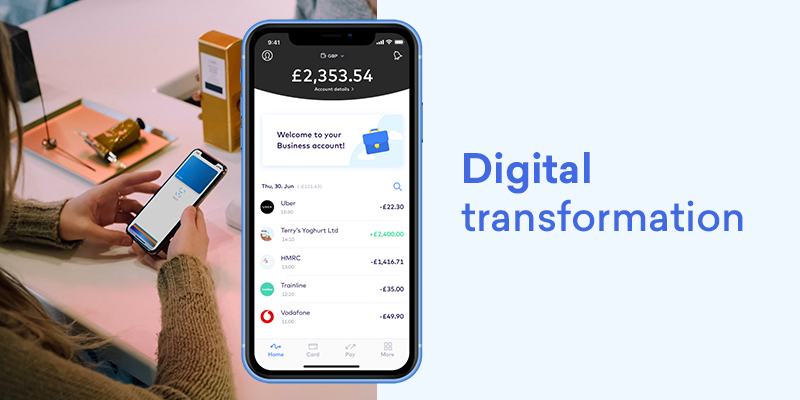